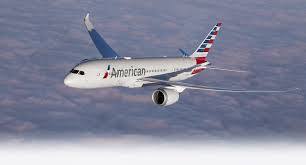 American Airlines said Wednesday the grounding of the Boeing 737 MAX reduced second-quarter earnings by $185 million even as the company raised a key revenue benchmark because of strong consumer demand.

American, which has 24 of the MAX planes in its portfolio, previously estimated that the grounding would hit 2019 earnings by $350 million.

The carrier has extended its grounding to September 3 due to uncertainty over when the plane will be returned to service after two deadly crashes.