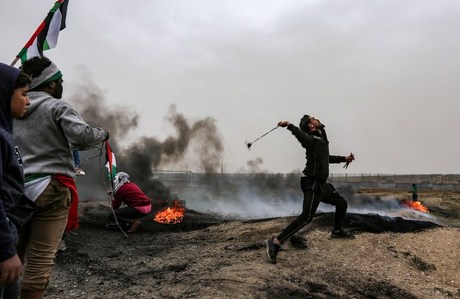 The Israeli army troops shot dead four Palestinians on the Gaza border early Saturday, one of whom had managed to cross and throw a hand grenade at troops.

"The army opened fire after one of the terrorists scaled the barrier and hurled a grenade at the soldiers," an army spokeswoman told AFP.

Go and try crossing the border illegally and that's what you'll get.