China to Step Up Support as Economy Slows Further 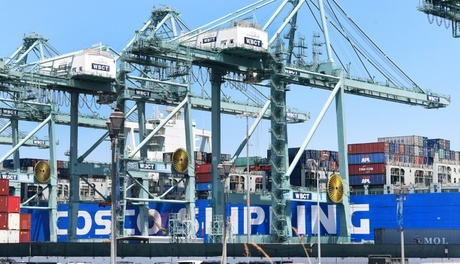 China's economic growth will ease further next year due to slowing exports and US trade tensions, the Asian Development Bank warned Wednesday as it revised downwards its GDP predictions.

"Domestic consumption will be the main driver of growth going forward with the main downside risk stemming from a potential intensification of the trade conflict with the US," said ADB chief economist Yasuyuki Sawada at the launch of the latest outlook report.

More supportive monetary and fiscal support are likely from the government in the coming years, said the ADB.

Earlier this month the State Council, China's cabinet, announced a total of 2.15 trillion yuan ($302 billion) of new special bond issues will be issued by local governments by the end of September.

The government will increase the use of local government special bonds to push up infrastructure investment, predicted ADB economists, who also warned that containing debt would become more challenging over time given that local governments have high spending needs but a weak revenue base.

The bank has also revised up its inflation predictions to 2.6 percent from 1.9 percent for 2019 -- largely due to heavy increases in pork prices as the country battles the African swine fever outbreak that has seen more than a million pigs culled.

Merchandise export growth plummeted from 12.0 percent in the first half of 2018 to a bare 0.4 percent this year, said the ADB.

Exports to the US have fallen nearly 10 percent, amid a bruising trade war that has seen tariffs slapped on billions of dollars in two-way trade.

But central bank governor Yi Gang said Tuesday that there was no pressing need for big policy easing steps or to further cut the amount of cash lenders must keep in reserve to release more money into the stuttering economy.