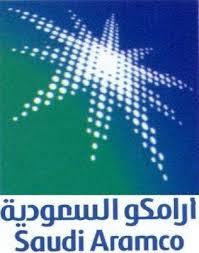 Banks aiding a stock market float for Saudi oil giant Aramco will be "devoid of all sincerity" regarding environmental and social concerns, green and rights groups jointly said Thursday.

Addressing directly chief executives of Bank of America, Citigroup, Credit Suisse, Goldman Sachs, HSBC, JP Morgan and Morgan Stanley -- all reportedly involved in the mammoth initial public offering -- working on the IPO would call into question the lenders' commitments to the environment and human rights, the joint letter argued.

"If you go ahead as lead coordinators in raising tens of billions of dollars for the world's biggest climate polluter -- funds that will be at the disposal of a government that continues to commit appalling human rights violations -- it will be clear that your words of environmental and social concern are devoid of all sincerity," the letter said.

The ten groups, including BankTrack, Friends of the Earth United States and Oil Change International, added that "when push comes to shove your concerns for short-term profit outweigh all else".

Aramco has said it plans to float around five percent of the state-owned company in 2020 or 2021 in what could potentially be the world's biggest stock sale.

According to Bloomberg, Aramco's board is expected to give final approval by the end of this week to proceed with the sale.

It aims to raise up to $100 billion based on a $2 trillion valuation of the company, but investors have debated whether Aramco is worth that much and there have been repeated delays to the launch originally planned for last year.

The IPO forms the cornerstone of a reform program envisaged by the kingdom's de facto ruler Crown Prince Mohammed bin Salman to wean the Saudi economy off its reliance on oil.

However the letter dated October 17 argues "it can be presumed that the tens of billions of dollars pumped into Aramco... will be used not only to keep expanding oil production in the kingdom, but also to push the company's strategy of doubling its oil refining capacity".

On human rights, the letter refers to Saudi involvement in airstrikes on civilians in Yemen and the assassination of dissident journalist Jamal Khashoggi.

And who is listening to those Enviro liberals? They want to ride their cars and buses to rally around the world but want their free gas to be clean too? lol idiots of the world unite!