Iran and the US: from Allies to Enemies 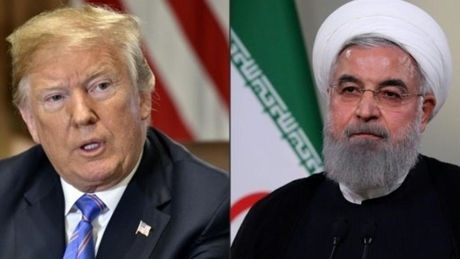 Key dates in the relationship between Iran and the United States:

In 1953, London and Washington organise a coup to oust Iran's prime minister Mohammad Mossadegh who had nationalised the oil sector that had been under British control.

This allows the return from exile of the pro-Western Shah Mohammad Reza Pahlavi.

Iran under the shah becomes one of the most important clients of the US defence industry and a bulwark against the influence of the Soviet Union.

At the end of the 1950s, the foundations of the Iranian nuclear programme are in place under US auspices.

The two countries sign a programme of civil nuclear cooperation in 1957.

In 1979, radical students demanding the extradition of the shah from the United States, where he is undergoing medical treatment, take hostage more than 60 US diplomats and staff at the American embassy in Tehran.

This comes seven months after the establishment of the Islamic Republic of Iran.

After some hostage are released in the following months, the final 52 captives are freed after 444 days in a crisis that results in the first US economic sanctions against Iran.

In 1980, Washington breaks off diplomatic relations with Tehran and imposes restrictions on commerce and travel.

In 1988, a US guided missile cruiser shoots down an Iran Air Airbus over the Gulf, resulting in 290 deaths. Washington says it was a tragic mistake.

In 1995, US President Bill Clinton launches a ban on trade and investment with Iran over its seeking nuclear weapons. Sanctions are subsequently expanded.

In 2002, President George W. Bush labels Iran part of an "axis of evil" of countries he says support terrorism.

In 2009, US President Barack Obama calls for dialogue with Iran but months later condemns the violent repression of demonstrations and raises questions about Ahmadinejad's reelection.

In 2013, Washington says it is ready to work directly with President Hassan Rouhani.

Obama and Rouhani speak by phone in September, the first direct communication between leaders of the two nations since 1979.

Tehran and major world powers reach a hard-won accord on Iran's nuclear programme in 2015.

It gives Iran relief from crippling economic sanctions in exchange for guarantees that it will not make an atom bomb.

Washington pulls out of the nuclear pact in May 2018 under President Donald Trump, and reinstates sanctions.

In May 2019, Iran begins to disengage from its commitments under the deal, such as limiting enriched uranium and heavy water stocks.

Tensions soar when Iran's Revolutionary Guard says in June that it shot down a US drone because it was in Iranian airspace, which Washington denies.

Trump approves a retaliatory strike, but cancels it at the last minute.

In July, Iran says it has enriched uranium to 4.5 percent, breaching the 2015 accord's enrichment cap.