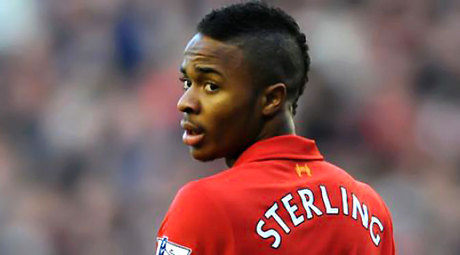 Manchester City and Liverpool's ascension to the two top dogs in the Premier League has seen every meeting in recent seasons met with increasing animosity, ahead of Sunday's latest battle for supremacy.

No player bears the brunt of that bad blood more than Raheem Sterling on his return to Anfield.

Sterling shot to fame as a teenager in the 2013/14 season as a rollercoaster ride took Liverpool agonizingly close to ending their long wait to win a league title.

Two years later, he left in acrimonious circumstances with Liverpool going backwards on the field and disputes over his contract off it.

Four-and-a-half years on, there is no doubt who got the better end of the £50 million deal that took him to City.

Sterling has flourished under Pep Guardiola, becoming a vital part of City's two title-winning campaigns in the last two seasons, while Liverpool's wait for a league crown has now stretched to 30 years.

The England international is one of many tales of what might have been for Liverpool over the past three decades, but is also symbolic of how times have changed at Anfield.

Sterling left just three months before Jurgen Klopp arrived to revitalize the Reds after a season in which they finished sixth, 17 points behind City.

Liverpool have still yet to finish above the English champions in Klopp's four seasons in charge, but the gap was down to a single point as City edged a titanic title race last season.

And it is Liverpool who will start Sunday's top-of-the-table clash with an early six-point lead over City in the title race.

Sterling cannot be faulted for a sloppier start to the season by Guardiola's men after two near-perfect campaigns.

For club and country, Sterling has already scored 18 goals in 20 appearances, including his first against Liverpool as City won the Community Shield in August.

"All the credit is for him," said Guardiola after Sterling's recent Champions League hat-trick against Atalanta. "His physicality is incredible. He's strong the day after the game, he could play another game. He can play on both sides, is fast, defensively help us a lot, so is an extraordinary player."

Sterling's input at both ends of the field will be key if City are to somehow halt Liverpool's momentum and inflict a first league defeat at Anfield for the hosts since April 2017.

City's defense has been decimated by a long-term injury to Aymeric Laporte, while goalkeeper Ederson is a doubt.

Attack is likely to be the best form of defense for the visitors, but Sterling will also be forced to keep an eye on one of Liverpool's most potent attacking outlets in right-back Trent Alexander-Arnold.

"He's crucial for us, you need this type of player, a game-changing player, and he is probably the one player who can change everything for us," said City midfielder Ilkay Gundogan on Sterling's influence.

"Just now it's about consistency but he has shown in the last 12 to 18 months that he is able to be that consistent. He is among the five best attacking players in the world, definitely."

Sterling has won five major trophies and plenty more plaudits since moving to Manchester, but is yet to score or win in a City shirt at Anfield.

End that drought and City will be well back in the hunt to inflict more title pain on his former employers.