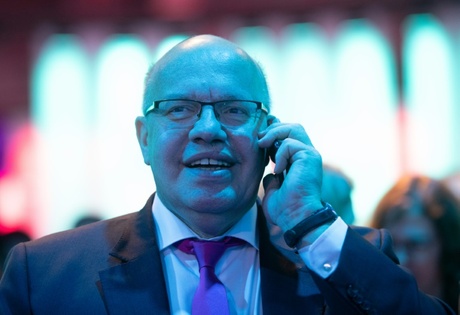 German ministers agreed Monday to spend more than one billion euros plugging gaps in its mobile phone networks, whose patchy coverage has been blasted as "embarrassing" for the advanced industrial nation.

Berlin will unlock 1.1 billion euros ($1.2 billion) to build up to 5,000 new cell towers by 2024, bringing coverage up to 97.5 percent of the country's surface area, and wants to simplify planning rules.

Economy minister Peter Altmaier said last year that "I find it utterly embarrassing if I have to call back ministers abroad three or four times when the connection drops" on long car journeys.

"There's no lack of money for investment at the moment," Chancellor Angela Merkel told reporters afterwards.

"The problem is much, much more that it takes a very long time to plan" new masts.

Projects to build new base stations for the phone network also often meet resistance from local people who fear negative health effects from the radio signals.

The government plans a new communications campaign to soothe such fears.

Merkel stuck to her line that Chinese telecoms equipment maker Huawei should not be shut out from building parts of Germany's next-generation 5G network, batting aside objections from within her own party.

The US and Germany's own security services have warned about Huawei's close links with Beijing.

"We're convinced that we need to improve security levels... but that's not about individual companies, it's about security standards. It's about the certification we'll do ourselves," the chancellor said.

The US and Germany's own security services have warned about Huawei's close links with Beijing.
France, on the other hand, joins England in wishing for an extra cash stipend.