EU to Respond 'as One' to U.S. Tariff Threat to France 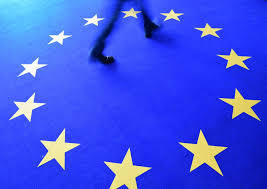 The European Union will answer tariff threats by the United States against France "as one" and urged Washington to engage in dialogue, an EU spokesman said on Tuesday.

"As in all other trade-related matters the EU will act and react as one and it will remain united," said EU Commission spokesman Daniel Rosario after the U.S. threatened tariffs on French goods on Monday.

The threat was in response to a French digital services tax that Washington says is discriminatory, claiming that it singles out U.S. tech giants such as Google and Facebook.

The EU Commission, which handles trade matters for the EU's 28 member states, was "coordinating closely with the French authorities on next steps", Rosario said.

He also encouraged dialogue, noting that Washington had left several options open including taking the fight to the World Trade Organization in Geneva.

"We remain of the view that the WTO is the place to address any trade dispute (so) the EU will therefore seek immediate discussion with the US on how to solve this issue," Rosario told reporters.

The EU insisted it remained committed to finding a global agreement on taxing the digital economy, the issue that is at the heart of the U.S. row with France.

"We are working hard with our partners to achieve that and are encouraged by the progress being made," he said.

The Organisation for Economic Cooperation and Development (OECD) has put forward initial proposals for a "unified approach" to taxing big tech worldwide in the hope of reaching an agreement next year.