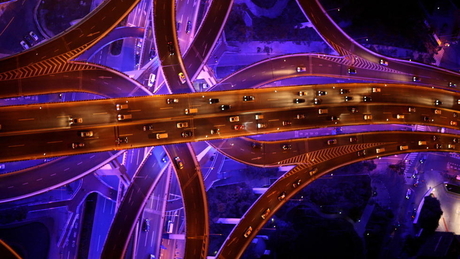 China should adopt a plan that will see electric vehicles make up a quarter of all autos sold in the country in six years' time, the industry ministry said Tuesday, as the sector struggles with falling sales.

A draft blueprint for the development of the "new energy vehicle" sector -- which includes hybrids and fully-electric vehicles -- comes after the government withdrew subsidies for carmakers earlier this year.

China is the world's largest new energy vehicle market, but sales of electric motors plummeted 34 percent on-year in September, according to the China Association of Automobile Manufacturers (CAAM).

The Ministry of Industry and Information Technology's draft proposal said China should seek to ensure one in four of all vehicles sold in 2025 were either hybrids or fully-electric vehicles.

The measures are partly to ensure the country meets its air pollution targets, and to reduce Beijing's dependence on imported oil.

The draft proposal, which includes guidelines for the development of the new energy vehicle sector from 2021 to 2035, is open for public feedback until December 9.

A previous state target set in 2017 had called for 20 percent of cars sold to be electric vehicles by 2020, but the draft released Tuesday gave no indication whether China was on track to meet that goal.

Fueled by rising incomes and government sales incentives, China is the golden goose upon which the global automotive industry has staked its future.

But after years of strong growth, car sales fell last year for the first time since the 1990s, hit by a slowing economy, US trade tensions and a Chinese crackdown on shady credit practices that has crimped car-financing channels.

Passenger vehicles sales in China have now fallen for 15 consecutive months, according to the CAAM.

The government had earlier said it was planning to impose quotas requiring carmakers to maintain a certain percentage of new energy vehicles in their Chinese production.