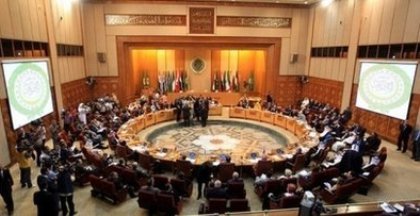 The Arab League said it will convene an urgent meeting on Saturday in response to U.S. President Donald Trump's Israeli-Palestinian peace plan.

The extraordinary meeting comes on the back of a Palestinian request to the League, which is headquartered in Cairo.

The controversial plan will be unveiled jointly by Trump and visiting Israeli Prime Minister Benjamin Netanyahu at the White House on Tuesday.

The grand imam of Egypt's prestigious Al-Azhar mosque and university lambasted the plan at a conference in Cairo in the presence of many of the Sunni world's leading religious scholars.

"Our identity as Arabs and Muslims is over... I felt totally ashamed watching Trump with the Israeli leader," Sheikh Ahmed al-Tayeb said.

"They're the ones planning, talking, controlling and solving problems for us and there's no Arab or Muslim," Tayeb added.

No Palestinian leaders have been invited to the much-touted White House event.

Analysts expect Trump's initiative will reaffirm many of his administration's policies, which already align closely with Israeli objectives.

Trump called Abbas to invite him but Abbas refused to take the call. Trump also solicited PA input into the plan which the PA refused to provide. Input instead was provided by other Arab League members.