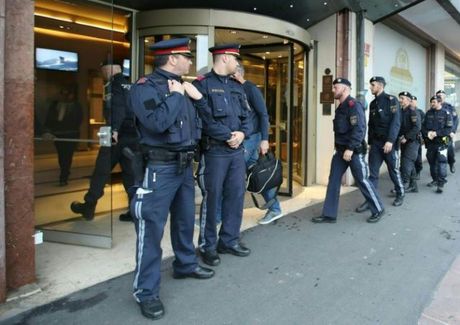 Dozens of guests at an Austrian hotel hit by the new coronavirus have been allowed to leave after a lockdown was lifted, officials said on Wednesday.

Nine people were quarantined following medical tests at the hotel in the Alpine city of Innsbruck, where an Italian receptionist tested positive for the virus, the Tyrol state government said.

The woman and her partner, also from Italy, became Austria's first confirmed cases following an outbreak in neighbouring Italy.

Sixty-two people who had contact with the woman were tested at the Grand Hotel Europa in Innsbruck -- a tourist hub surrounded by mountains that host major Alpine skiing competitions.

All of them were in good health but nine were put under quarantine for two weeks "as a precaution", a state government spokesman said.

Three other people who had close contact with the Italian receptionist were also placed under isolation for two weeks, he said.

The woman and her partner, who were quarantined in an Innsbruck hospital after developing a fever, tested positive for the new coronavirus on Tuesday but are now said to be free of fever.

The couple, both 24 and from the virus-hit Italian region of Lombardy, had travelled by car to Innsbruck last week.

Italy has seen a huge jump in cases in recent days, including 11 deaths.

According to the World Health Organization, the epidemic has peaked at its epicentre in China, where it has killed more than 2,600 people and infected over 77,000 others.