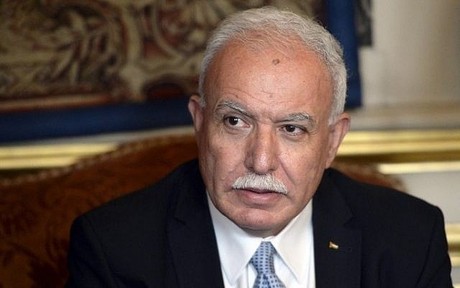 The plan to build 3,500 new homes in an area known as E1 "is so dangerous, more dangerous than any other settlement plans in the West Bank," al-Maliki told reporters on the sidelines of the Human Rights Council in Geneva.

Al-Maliki said the plan "intends to destroy the two-state solution" and would "kill any possibility" for a peace plan proposed by US President Donald Trump and Israeli Prime Minister Benjamin Netanyahu last month.

Netanyahu made the pledge to build new settler homes on Tuesday in the latest in a string of promises to expand settlements as the right-wing premier faces both a tight general election and a corruption trial.

The international community has warned repeatedly that construction in the E1 corridor, which passes from Jerusalem to Jericho, would slice the West Bank in two and compromise the contiguity of a future Palestinian state.

In 2013, Netanyahu vetoed construction in the E1 corridor in the face of pressure from the United Nations, the European Union and the United States.

Israel seized the West Bank and east Jerusalem in the Six-Day War of 1967 in moves never recognised by the international community.

Jewish settlements in the Palestinian territories are considered illegal by the United Nations and most foreign governments.

In his comments on Wednesday, Al-Maliki also welcomed a database drawn up by the United Nations of 112 companies with activities in Israeli settlements.

But he said the list was "just the beginning" and Palestinian authorities were looking at possible "legal measures" to force the companies to pay compensation.

He said they had been "exploiting such resources without the permission of the rightful owners of the land".

Al-Maliki also said the companies would have to leave.

"We are ready to receive them if they want to operate legally in the Palestinian territory," he said.

According to him and his boss, Abbas, everything that Israel does is dangerous. So, who really cares what they say.