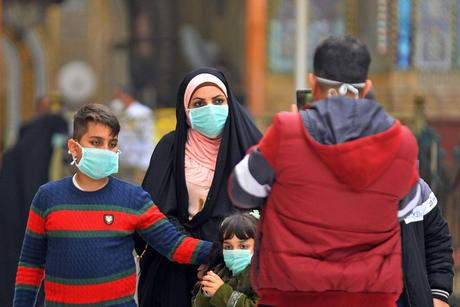 Iranian authorities on Wednesday announced domestic travel restrictions for people with confirmed or suspected cases of the novel coronavirus.

"Instead of quarantining cities, we are going to implement movement restrictions for those suspected of infection or those infected," Health Minister Saeed Namaki said at a news conference.

"I ask people not to travel," the minister said.

He said teams would be located at the entrance of cities "that see a lot of movement", without naming them, adding that such controls had already started.

The teams will take people's temperature and "stop those who are infected or suspected of infection", he said.

All those suspected of being infected with COVID-19 would be quarantined for 14 days.

Iran last week announced its first two deaths from the coronavirus in Qom, a centre for Islamic studies and pilgrims from abroad.

According to official figures, the virus has since killed 19 people in Iran out of 139 confirmed cases of infection.

Visitors to the shrines will be allowed to visit on condition they are provided "with hand-washing liquids, proper (health) information, masks", the minister said.

They must "not gather together in groups but just pray and leave", he said.

In the affected areas, school closures will be extended for three days, he added, and universities for another week starting from Saturday.

Also in these regions, weekly Friday prayers will be suspended, Namaki said.

"All of these decisions are temporary and if the situation changes, we might intensify or ease them," Namaki added.