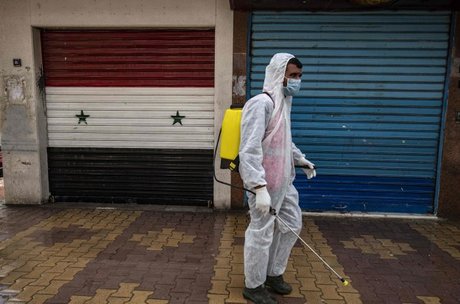 A man in his fifties has become the first person to die from the novel coronavirus outbreak in the Kurdish-dominated northern part of war-torn Syria, UN officials said Friday.

The administration of the semi-autonomous Kurdish region accused the World Health Organization of not having immediately informed its officials, saying the UN agency and the Syrian authorities would be to blame for the spread of the virus.

The UN humanitarian agency OCHA said it received notice Thursday of the death from WHO, which was not immediately available for comment.

The WHO "provided information indicating that a fatality at Qamishli National Hospital in northeast Syria on 2 April had subsequently tested positive for COVID-19," OCHA said on a Twitter post.

The dead man was said to be 53 years old.

"Another family member is currently reportedly also in hospital with symptoms of COVID-19 with test results pending," it said.

Even if the northern region is under Kurdish control, the government of President Bashar Al-Assad has a presence there and the hospital in question is under the authority of Damascus.

In regime territory, the novel coronavirus has officially infected 38 people and claimed two lives, which were announced on 29 and 30 of March.

The Kurdish authorities have accused the Assad regime, with which it has tense relations, of failing to provide ventilators, testing and other equipment needed to tackle the COVID-19 pandemic.

The Kurdish Red Crescent and the Kurdish administration both criticised the two-week delay in the WHO announcing that the patient had died from COVID-19.

"There is a high risk of a large spread of the virus due to the delay in informing the self-administration and humanitarian organisation in northern Syria of the positive (virus) result, after 15 days of the case," the Red Crescent said on its website.

The Kurdish authorities "put the blame on the WHO for a spread of the virus among our citizens because it kept under wraps a suspected case," the administration said in a statement.

The Kurds added that "Syrian government practices... endanger the lives of northeast Syrians," accusing Damascus of not cooperating with the minority group.

In areas under its control, the regime has adopted a series of measures to curb the virus, including closing schools and restaurants as well as imposing a lockdown and a curfew.