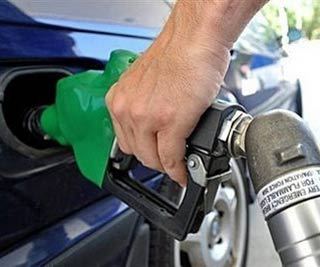 Oil prices were higher in Asian trade Friday as a weaker U.S. currency encouraged buying of the dollar-priced commodity.

New York's main contract, West Texas Intermediate crude for delivery in February, was up 26 cents to $100.65 a barrel in the afternoon.

The euro was holding steady against the dollar and yen Friday after rising in New York on hopes for progress in the European debt crisis.

The single currency bought $1.2962 and 99.91 yen in Tokyo afternoon trade, compared with $1.2961 and 99.97 late Thursday in New York, where the it had risen on successful debt auctions by France and Spain.

Sentiment towards the euro was boosted as the auctions were the first by either country since Standard & Poor's downgraded their sovereign ratings last Friday.

The market brushed aside news of falling U.S. gasoline demand, with traders also awaiting the results of a meeting of European Union foreign ministers on Monday regarding plans to impose an oil embargo against Iran.

Senior EU diplomats on Thursday agreed to sanction Iran's central bank, freezing assets used to finance its nuclear drive, but have yet to clinch an oil embargo deal.

Greece, which buys 34.2 percent of its oil from Iran, is seeking up to a year to phase out existing contracts while some countries, including Britain, France and Germany, want a three-month deadline.

A decision on an embargo is expected to be finalized when the bloc's foreign ministers meet on Monday.

The new EU sanctions are part of a concerted effort with the United States to pressure Iran into halting its controversial nuclear activities, which the West suspects are aimed at developing nuclear weapons.

Iran says its nuclear program is purely for civilian use.