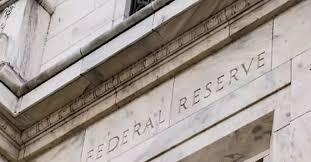 Facing the second recession in just over a decade and with Congress locked in debate over a new emergency spending package, the Federal Reserve on Wednesday will seek a way to put some guardrails on the U.S. economy.

The central bank policy committee opened the second day of a two-day meeting Wednesday, with the COVID-19 case count resurging and the death toll approaching 150,000 as economists project a shocking 35 percent collapse of American GDP in the April-June quarter.

As hopes dim that businesses can reopen and allow life to return to normal with the virus still rife, fears are mounting of a lasting recession, which would jeopardize the rebound in employment in the past month and erode gains in consumer confidence.

The policy-setting Federal Open Market Committee (FOMC) is not expected to announce major changes when it wraps up its two-day meeting at 1800 GMT on Wednesday, but could offer new guarantees that it will keep the stimulus in place for an extended period.

The Fed dropped the key lending rate to zero in the early days of the pandemic, and has made it clear it will stay there until the recovery is firmly in place.

It also flooded the financial system with cash and constructed a web of loan programs to support every size of business and corporate borrower as well as state and local governments.

Economists expect policymakers to change the Fed's "forward guidance" to make it clear they could allow inflation to rise higher and unemployment to go lower before it taps the brakes on the economy with an interest rate increase -- but they are divided on the timing of the change.

Many expect the committee to hold off on any explicit changes until the next meeting in September, but some say the deterioration in the pandemic and the economy argue for more rapid action.

"Why now instead of in September as most are expecting? The resurgence in hospitalizations and deaths due to COVID-19 is taking a toll on growth. Consumer spending has, at best, hit a plateau. Employment may have actually contracted in recent weeks," Grant Thornton chief economist Diane Swonk said in an analysis.

"This is at the same time that Congress has stalled in debate over a new aid package," she said.

But Ian Shepherdson of Pantheon Macroeconomics said the Fed may not want to get ahead of Congress, and is likely to wait until after the fiscal package is settled and after the release of a policy review discussing the shift to an average inflation policy rather than the current two percent target.

"Clearly, we can't rule out an announcement of inflation-based forward guidance," he said.

Fed Chair Jerome Powell, who will hold a press conference following the meeting, has tried to stay far away from advising Congress, but has made it plain that the central bank's options are limited and the federal government will need to provide more cash to support households and businesses.

As expanded unemployment payments and a moratorium on evictions are set to expire, Senate Republicans late Monday unveiled a $1 trillion support package that slashes additional weekly jobless benefits to $200 a week from $600, but also would offer a second round of $1,200 payments to individuals and give funding to schools, provided they reopen.

That sets the stage for a showdown with Democrats who are pushing their own $3 trillion plan that retains the higher unemployment payments.

The gulf between the plans could lead to a delay in a new round of spending that most economists say is critical to support the economy.