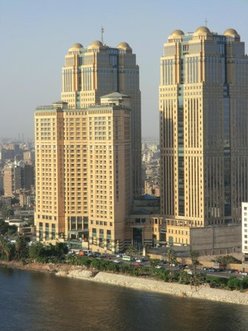 A gang rape allegation at a luxury hotel in Egypt stemming from a prominent social media account has triggered a new #MeToo wave in the deeply conservative country.

The alleged assault took place at the five-star Fairmont Nile City hotel in Cairo in 2014 where a group of six men drugged and raped several victims, according to the account, Assault Police.

Names and pictures of the figures accused, who hail from elite families, have circulated online, but AFP has been unable to verify their authenticity.

AFP spoke to a source close to one of the victims who corroborated details of the 2014 rapes posted online.

The victim was unwilling to comment publicly for fear of a backlash.

The account, which boasted over 170,000 followers, had to abruptly shut down on Wednesday after multiple death threats, according to a source close to its operator.

No official investigation has been launched so far, as tweets flood in under the hashtag #FairmontIncident.

Assault Police was pivotal in stirring a national outcry against Ahmed Bassam Zaki, 22, a former student of some of Egypt's most elite schools and universities.

On July 4 authorities arrested Zaki who confessed to assaulting at least six girls including one aged under 18 and blackmailing the victims, according to prosecutors,

The council "stands by every woman and girl exposed to any... threat by providing all necessary support", it said.

It also called on "every girl and woman who might be subjected to harassment and/or threats to immediately report through the official reporting mechanisms".

The Fairmont Hotel has said it carried out an investigation of the graphic claims posted online.

"An internal investigation was undertaken by the hotel upon receipt of knowledge of the disturbing allegations," Yara ElDouky, Fairmont's communication director, told AFP.

"We can confirm that at no time were any reports of the incident filed to the hotel, nor to the hotel’s tourism police," she said.

"All personnel at the hotel are committed to assisting the relevant authorities and we will continue to offer our unfettered support," she added.

A 2013 study by UN Women found that 99% of women in Egypt had at some point in their lives been sexually harassed, either verbally or physically.