No Progress in Consultations over Govt. Shape, Premier 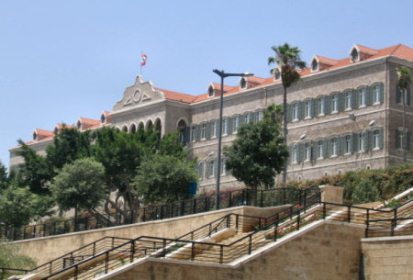 The binding parliamentary consultations to choose a new premier will certainly be delayed due to lack of consensus over the government’s shape and prime minister, media reports said.

“The contacts carried out over the past 48 hours have not led to any result or agreement over the next premier,” Free Patriotic Movement ministerial sources told Asharq al-Awsat newspaper in remarks published Sunday.

“It will be difficult to reach any agreement over the next two weeks,” the sources added.

As for the stance of President Michel Aoun, the sources said the president supports the formation of a national unity government.

“It would be better to form a government of leaders, because he (Aoun) wants everyone to take part in the reform efforts and the fight against corruption, unless a certain group decided not to participate, opting instead to isolate itself,” the sources added.

The sources also noted that in addition to leading candidates for the PM post Saad Hariri and Nawaf Salam, ex-minister Khaled Qabbani emerged over the past hours as a potential nominee.

Informed sources meanwhile told the newspaper that “the consultations are mainly focused over Hariri, especially amid the clear U.S. and French support for him.”

It is not that some people can't learn, it is rather they are so narrow-minded that they refuse to learn.