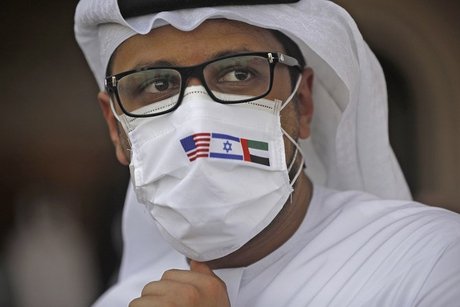 The United Arab Emirates and Bahrain are due on Tuesday to sign at the White House historic deals normalising ties with Israel, the third and fourth Arab countries to do so.

Here is a recap of events in the last month leading to the signing of the landmark accords:

On August 13, 2020, the United Arab Emirates and Israel agree to normalise ties in a US-brokered deal.

The bombshell news is broken by US President Donald Trump in a tweet hailing a "HUGE breakthrough" and a "Historic Peace Agreement between our two GREAT friends".

But shortly afterwards, Netanyahu says in a televised address that he has only agreed to delay, not cancel, the annexations. He says the plans remain "on the table" and that he will "never give up our rights to our land".

Palestinian president Mahmud Abbas calls the agreement with the UAE an "aggression" against the Palestinian people and a betrayal of their cause.

On August 14, Netanyahu thanks the leaders of Egypt, Oman and Bahrain for their support of the agreement to normalise ties with the UAE.

Two days later, the Israeli and UAE foreign ministers inaugurate direct phone services between the two countries in their first announced call after the agreement.

Israel's Mossad spy agency chief, Yossi Cohen, visits the UAE on August 18 for security talks, the first formal visit by an Israeli official since the deal.

On August 19, hundreds of Palestinians hold a protest in the occupied West Bank against the announcement.

Members of rival groups Hamas, which controls the Gaza Strip, and the Fatah faction of Abbas' West Bank-based Palestinian Authority, take part in the rally in a rare joint initiative.

From August 24 to 27, US Secretary of State Mike Pompeo undertakes a Middle East tour in a bid to encourage other Arab states to follow in the footsteps of the UAE.

However, his stops in Bahrain, Oman and Sudan fail to produce any public commitments to recognise the Jewish state.

On August 31, an Israeli-American delegation takes off on the first commercial flight from Tel Aviv to Abu Dhabi.

Saudi Arabia allowed the flight to cross its airspace, according to White House advisor Jared Kushner, who thanks "the Kingdom of Saudi Arabia for making that possible" shortly after the flight lands in Abu Dhabi.

On September 2, Saudi Arabia agrees to permit UAE flights to all countries to overfly the kingdom.

The next day, Bahrain announces a similar decision, saying it agrees to allow UAE flights to and from Israel to overfly its territory.

On September 11, Trump announces a "peace deal" between Israel and Bahrain.

The Palestinian Authority and Hamas immediately slam the announcement.