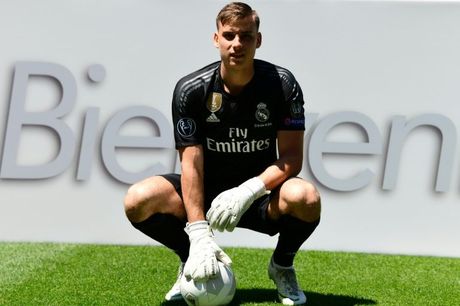 Regular stand-in Lunin, who is yet to feature for Madrid, and veteran Pankiv returned positive tests on Tuesday, hours before their eve-of-match training session at the Stade de France, the FFU said.

On Monday six squad members, all from Shakhtar Donetsk, withdrew from the game after club team-mates Pyatov and Taras Stepanenko contracted Covid-19.

"The situation is difficult", FFU spokesman Oleksandr Glyvynsky told AFP, adding there are no plans to cancel a friendly at the moment.

"Let's see what the organizers say," Glyvynsky specified, referring to the hosts.

Both players were isolated in their rooms at their hotel to the north of Paris, according to the team doctor Maksym Betsko.

The rest of Shevchenko's side are preparing for the game, Betsko said in a statement published by the FFU.

Shakhtar's Mykola Matviyenko, Viktor Kovalenko, Marlos and Junior Moraes are also now in self-isolation after the two other cases at the Ukrainian champions.

Ukraine has reported more than 234,000 coronavirus cases and more than 4,500 fatalities.