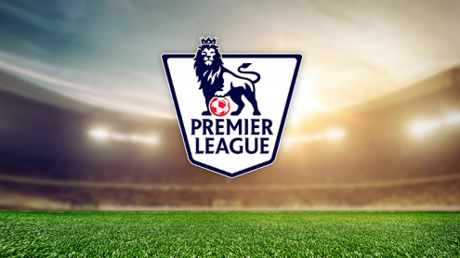 The specter of empty stands and uncertainty over future broadcast and commercial contracts failed to halt the Premier League's arms race as clubs again splashed out more than £1 billion in the transfer window.

English top-flight clubs committed to deals worth a reported £1.2 billion ($1.5 billion), the lowest spend for a summer transfer window since 2015.

However, the impact of the coronavirus pandemic was more marked when it came to player sales as Europe's other major leagues tightened their belts.

Outgoings of around £400 million mean the £800 million net spend is the second-highest on record in a single window.

"The sensible way to look at it was that maybe the transfer market is not going to be as buoyant as in previous years," John Purcell of football finance specialists Vysyble told AFP.

"What we've ended up with is actually the second-highest net spend total for a summer window ever.

"When clubs are doing these deals it tends to be a low down-payment and then the rest of the amount that needs to be paid is back-ended.

"That suggests to us that, firstly, the clubs are thinking this Covid situation is not going to last forever. Secondly, it is forcing the clubs to stack up their risk exposure a little bit further down the track."

In stark contrast to the Premier League's investment, transfer spending in La Liga, Serie A and the Bundesliga shrank dramatically.

Far from going for a new Galactico, Real Madrid did not make a single signing.

Barcelona's dire financial figures for the 2019/20 season show why they spent most of the summer trying to get the big salaries of Luis Suarez, Arturo Vidal and Ivan Rakitic off their books. All three were sold for nominal fees.

The Catalan giants saw revenue fall by an estimated 203 million euros last season and expect at least a further 60 million euro drop for the current campaign, with more of the season played behind closed doors.

Meanwhile spending in Serie A fell by over half a billion euros compared to the 2019 summer window, despite Juventus' 60 million-euro deadline day deal for Italy winger Federico Chiesa and Napoli splashing up to 80 million euros on Nigeria striker Victor Osimhen, according to daily Gazzetta Dello Sport.

However, the competition for lucrative Champions League places and the battle to remain in the top flight is driving the need to spend in the Premier League.

Just a month into the new season, champions Liverpool have been thrashed 7-2 by Aston Villa, while Manchester City and Manchester United have been humiliated at home by two sides that finished outside the top four last season -- Leicester and Tottenham.

"As things are getting more and more competitive, especially in this environment where seemingly anything is possible, the last thing that clubs want to be worrying about beyond the uncertainty of the pandemic is the effect of relegation or not qualifying for Europe.

"The impact of that alone could be even greater than the amounts we are seeing spent by clubs on an individual basis this summer."

The huge transfer fees do not even take into account the extra financial commitments some clubs have taken on in terms of salaries -- Gareth Bale moved to Tottenham on loan from Real Madrid and Edinson Cavani joined Manchester United on a free transfer.

Further financial pressure comes from the British government, which wants the Premier League to help out clubs further down the football pyramid who rely on gate receipts.

No rescue package has yet been agreed but failure to do so would risk another PR disaster for the Premier League.

Liverpool and Tottenham backtracked after initially planning to use government funds to furlough non-playing staff earlier this year.

And Arsenal faced a backlash after it was reported that the man who played club mascot Gunnersaurus had been released as part of cost-cutting measures on the same day the club paid £45 million to sign Thomas Partey from Atletico Madrid.

On the field, the Premier League has defied the Covid gloom with unpredictable goalfests taking the eye off empty backdrops.

Now it is betting on that product to sustain revenues even in a global economic crisis.