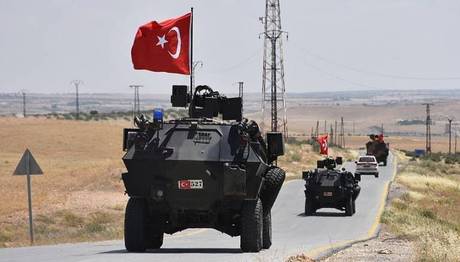 Turkey on Tuesday started withdrawing from one of its largest outposts in northwest Syria encircled for the past year by Syrian regime forces, a war monitor and a pro-Ankara rebel commander said.

The outpost in Morek is Turkey's largest in the northwest province of Hama, which is now mostly under Syrian government control.

Forces loyal to President Bashar al-Assad encircled it last year following the launch of a regime offensive against the last major opposition bastion in Syria's northwest.

"After midnight Turkish forces began to evacuate Morek, and this morning a large convoy left" the area, an Ankara-backed Syrian rebel commander told AFP from Al-Nayrab in neighboring Idlib province.

The troops will be redeployed to Turkish outposts in Idlib, he said.

The war monitor said that other observation posts also surrounded by regime forces could likewise be evacuated.

Since September 2018, it has established 12 observation posts in the northwest.

They were set up as part of a deal with Russia, a regime ally which nevertheless often conducts joint patrols in Syria's north with Turkish forces.

Ankara has not officially commented on the evacuation and it was unclear if it was part of a broader deal, possibly with Russia with which Turkey has also been at odds in Libya and the Karabakh conflict.

Idlib itself is dominated by the al-Qaida-linked Hayat Tahrir al-Sham alliance and its rebel allies.

They control half of Idlib province as well as pockets of territory in the neighboring provinces of Latakia and Aleppo as well as Hama.

A ceasefire since March has largely reduced fighting, despite intermittent air strikes and artillery attacks.

The conflict in Syria since 2011 has killed at least 380,000 people and displaced millions from their homes.