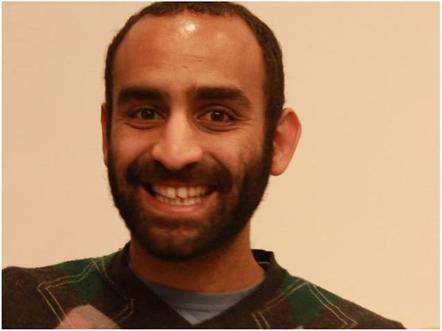 Egyptian authorities on Wednesday arrested a second staff member of a leading local human rights group, the organization said, days after its office manager was detained.

"Karim Ennarah, director of criminal justice at EIPR, arrested while on vacation in Dahab, South Sinai," the Egyptian Initiative for Personal Rights said on Twitter.

"He has been escorted by National Security officers to an undisclosed location around 2 pm today," it added.

EIPR did not mention any possible accusations against Ennarah.

Security forces on Sunday arrested the organization's office manager on charges including "joining a terror group" and "spreading false news", it said.

EIPR said Mohammed Basheer was questioned by the Supreme State Security Prosecution (SSSP) about the organization's work and a visit earlier this month to its Cairo office "by a number of ambassadors and diplomats" to discuss human rights.

Basheer was placed in pre-trial detention for 15 days and will be questioned at a later date, EIPR said, calling for his immediate release.

Pre-trial detention can last up to two years under Egyptian law, but the period is often extended.

"These arrests, following a meeting at EIPR with Western diplomats, serve a heavy blow against the legitimate work of human rights defenders," Amnesty said on Twitter.

No comment was forthcoming from the authorities on the two arrests.

Rights groups estimate that some 60,000 detainees in Egypt are political prisoners.

These include secular activists, journalists, lawyers, academics and Islamists arrested in a sweeping crackdown on dissent under President Abdel Fattah al-Sisi.