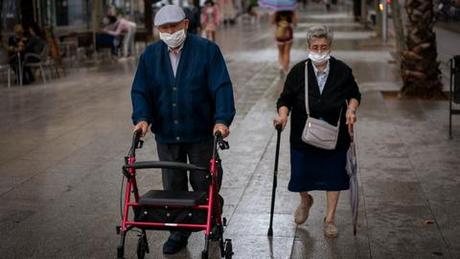 The country has witnessed a surge in cases over recent weeks but authorities have stopped short of reintroducing stringent lockdown measures like several European countries.

Total infections stood at 2.02 million -- the fifth-highest caseload in the world -- while deaths reached 34,850 in the country of 145 million.

Russia has reported a much lower fatality rate compared with other badly hit countries, raising concerns that authorities are playing down the severity of the pandemic.

The federal statistics service published data this month that showed excess deaths of more than 117,000 year-on-year between March and September, indicating that virus fatalities could be much higher.

He acknowledged that some regions were experiencing medicine shortfalls and extended waiting times for ambulances but said that the authorities have the situation under control.

Also on Monday, Prime Minister Mikhail Mishustin criticised heads of regions beyond Moscow, which have less funding than the capital, for not reintroducing restrictions.

Russia hopes to avoid a second nationwide lockdown by accelerating the production of vaccines.

The country has so far registered two, and on Wednesday Putin said they would soon be made widely available.