Battered by Virus and Oil Slump, Biofuels Fall Out of Favor 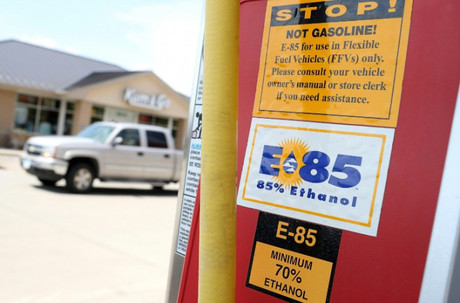 Hit by the coronavirus pandemic and a sharp drop in oil prices, biofuel demand has declined for the first time in two decades and may struggle to recover, according to experts.

"The collapse of oil prices has had a very negative impact on biofuels," rendering them uncompetitive, Olivier Lemesle, director of studies at Xerfi, told AFP.

The production of biofuels for transport in 2020 is expected to decline 11.6 percent on 2019 levels, the first fall in 20 years, according to the International Energy Agency's (IEA) annual report, published in early November.

Of all renewable energy sources, biofuel usage has decreased the most due to the coronavirus outbreak, the group said.

While the cost of the equivalent of a barrel of biodiesel has remained at around $70 throughout the pandemic, the price of crude oil plunged at the beginning of the year when drastic coronavirus lockdown measures cut demand.

The price of a Brent oil barrel has since recovered but has remained below $50 since March 6, when it fell below the threshold for the first time since 2018.

The plant-based substitutes for petrol and diesel still hold some advantages, particularly in terms of the environment, as they emit 50 percent fewer greenhouse gas emissions than their fossil fuel equivalents.

"Biofuels have their place, they are part of the environmental solution," said Jean-Phillipe Puig, chief executive of the Avril group, which derives nearly a third of its turnover from biofuels.

However, in addition to the damaging oil prices, the industry is still reliant on politicians and whether they decide to raise the proportion of biofuel that can be mixed with conventional fuels and sold at the pump.

Another issue is that the first generation of biofuels made from sugar beet, wheat and corn are taking large quantities of staples out of the food systems of many countries.

The industry is also threatened by the development of the electric car, and in the longer term hydrogen engines.

Guy Maisonnier, an expert from the French Institute of Petroleum (IFP Energies nouvelles) research group, has said the industry should focus on aviation because it "doesn't have as many alternative solutions" as road transport.

Sustainable biofuels "constitute a strategic lever for the short and medium-term reduction of net emissions from the aviation sector, which has few energy alternatives," according to the French Ministry of Ecology.

But France's ambitions, despite being the world's fourth-largest biofuel producer, remain modest, with an aim to substitute 2.0 percent of aviation fossil fuel kerosene by 2025 and 5.0 percent by 2030.

Biofuels represented only 0.01 percent of the fuels consumed by the sector in 2019, despite being identified as a priority by airlines in their long-term objectives.

Oil majors are also tackling the subject, with a consortium including French giant Total launching the BioTfueL project aimed at producing usable "biokerosene" from agricultural waste by 2025.