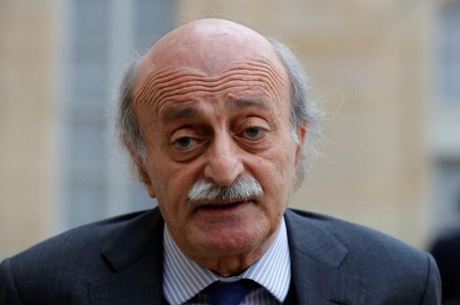 Progressive Socialist Party leader Walid Jumblat has lamented that some parties are seeking to fabricate a “Druze obstacle” in the cabinet formation process.

“It seems that they are seeking to create a nonexistent Druze obstacle,” Jumblat told An-Nahar daily in remarks published Tuesday.

“If there is such an inclination, it would be better that we deal with the coming government the same as we did with Hassan Diab’s government,” Jumblat added.

Jumblat’s PSP is not officially represented in Diab’s government although it is widely believed that it had a say in the naming of the information minister, Manal Abdul Samad.

Asked about his communication with PM-designate Saad Hariri, Jumblat said: “There is no contact between us.”

“I talked to him and I don’t want to reveal what I said to him and what I heard from him,” he added.

Jumblat also warned that “with every moment of delay in forming the government, our situation will grow more difficult and the economic crisis will worsen,” citing the issue of central bank’s dwindling foreign currency reserves and authorities’ failure to rationalize spending.

As for the French initiative, the PSP leader noted that only “remnants” of it might be implemented.

“As (French) President (Emmanuel) Macron and his foreign minister Jean-Yves Le Drian expected and appealed to us: Lebanon is headed for demise. The man repeated this phrase three times, and demise here means an economic and institutional collapse,” Jumblat added,

“There is some follow-up and I thank the health minister,” he said, referring to the caretaker cabinet.

Druze obstacle- Christians/muslims/Jews...obstacles; with this mentality Lebanese should not complain about Covid 19 , they have something worse .