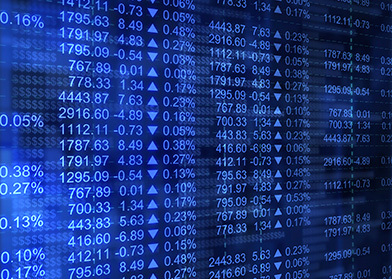 Global stock markets mostly rose Friday at the end of a strong week for equities, with Frankfurt and Wall Street continuing a record-breaking run as investors set their sights on a huge US stimulus package.

The dollar traded mixed as data showed the US economy shed 140,000 jobs in December, a sign the recovery from the pandemic's damage has stalled.

"Today's nonfarm payrolls shouldn't make too much difference to sentiment as investors are only really focused on the path forward with vaccines and stimulus," noted Neil Wilson, chief analyst at Markets.com.

Oil prices reached 10-month highs, continuing to benefit from news earlier in the week that Saudi Arabia plans to trim its crude output.

The prospect of another massive splurge in the U.S. economy helped divert attention from soaring Covid-19 infection and death rates that have forced governments to once again lock down as they try to quickly roll out vaccinations.

After Wednesday's extraordinary scenes in Washington that saw a pro-Donald Trump mob storm the Capitol, the president said he would allow for a smooth transition of power to Joe Biden and later called for "healing and reconciliation.".

While the violence shocked the world, investors brushed it off and analysts said Trump's comments would provide a little more reassurance.

Traders are now looking forward to hearing what Democrats propose to do with their new powers, with expectations they will try to revive their titanic spending plans that were cast aside last year to push through a second stimulus with Republicans just before Christmas.

Among the first pieces of legislation could be a drive to increase the cash handout included in that rescue package from $600 to $2,000.

Observers also said earlier worries on trading floors that Democrats would try to hike taxes and pursue tighter regulations would likely disappear as lawmakers focus on eliminating the virus and reviving the economy.

And most agree that the prospects for 2021 are good, especially with the Federal Reserve pledging to keep interest rates at record lows for the foreseeable future and continue to provide vast sums as financial backup to businesses.

All three indices on Wall Street closed at records Thursday, with the Dow ending above 31,000 points for the first time, and Asia picked up the baton.

Tokyo and Singapore each jumped more than two percent, while Mumbai, Taipei, Jakarta and Bangkok all piled on more than one percent.

Seoul climbed four percent, helped by a jump in Samsung after it reported strong fourth-quarter earnings.

Car giant Hyundai rocketed 19.4 percent on the back of reports it was in talks with Apple for a joint project to manufacture self-driving electric vehicles.

Hong Kong was up more than one percent, but telecom giants fell again after MSCI said they would be removed from its benchmark indexes a day after having their New York shares delisted in response to a Trump administration call to bar Americans investing in them.

In Europe, Frankfurt's DAX 30 index opened at a record-high above 14,100 points, with traders putting their faith in vaccine rollouts to get economies up and running once more.

London's FTSE 100 dipped as the strong pound hurt shares of multinationals which do most of their business in dollars.

Wall Street stocks pushed higher from record closing levels at the open of trading on Friday, with the Dow adding 0.3 percent.