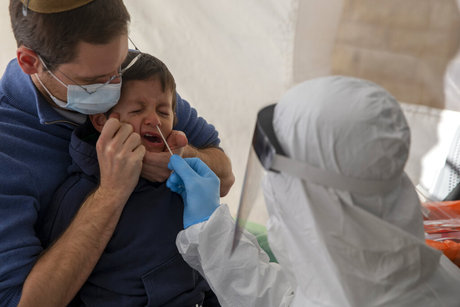 The cases were discovered after testing of travelers arriving from South Africa.

The two new strains are more infectious than previous variants of the virus.

Israel has launched a nationwide vaccination program and more than 70 percent of Israelis over the age of 60 have received a first dose, with 1.7 million jabs administered, according to the health ministry.

Prime Minister Benjamin Netanyahu, who was given his second jab on Saturday, said in a brief statement on Israeli television that all Israelis could be vaccinated within two months and "no later than the end of March."

Netanyahu announced Thursday that he had signed a deal for enough doses of the Pfizer-BioNTech vaccine for all Israelis over 16 to be inoculated.

Israel, with a population of nine million, has recorded over 3,600 deaths from the Covid-19 illness.