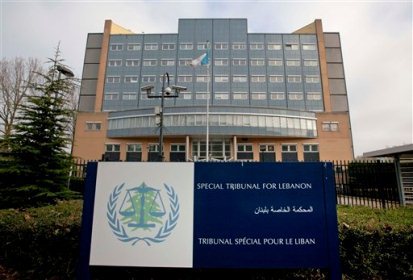 The premier’s office didn’t receive yet any official information on the appointment of Deputy Prosecutor of the International Criminal Tribunal for former Yugoslavia Norman Farrell as Special Tribunal for Lebanon Prosecutor to replace judge Daniel Bellemare.

Bellemare will leave his post in March for health reasons; he refused to seek reappointment for a second term as prosecutor at the end of his tenure in February.

According to An Nahar, the STL’s spokesman Marten Youssef also said that he didn’t receive any information on the successor of Bellemare.

He noted that the appointment will be announced officially in New York.

The denial came after al-Arabiya reported that Farrell will most likely be Bellemare’s successor after U.N. chief Ban Ki-moon allegedly informed Premier Najib Miqati about his choice.

The STL was set up by the U.N. Security Council in 2007 and has announced that it will put four Hizbullah members on trial even though they have not yet been detained.

The four have been charged for the Feb. 14, 2005 car bombing in Beirut that killed ex-Premier Rafik Hariri.

The affairs of the state should halt until Miqati is informed. No matter is as important as who heads the Troupe de Farce.