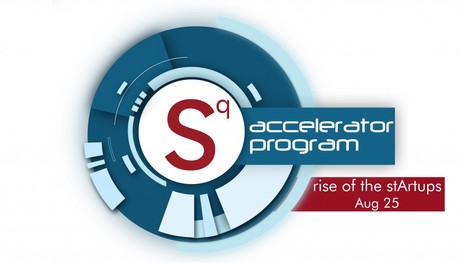 “It is not the critic who counts. The credit belongs to the man who is actually in the arena, whose face is marred by dust and sweat and blood, who strives valiantly.”

With these words, quoted from Theodore Roosevelt, Seeqnce announced the Grand Finale of the 2012 Seeqnce Accelerator Program (SqP2012), an evening where 8 new technology startups will take the stand for the first time, having been chosen to receive cash investment, as well as 6 months acceleration services from Seeqnce, in order to turn their idea into a successful business.

Taking place on Saturday, August 25 in the evening at Seeqnce Space in Hamra, the Grand Finale concludes the Selection Phase of SqP2012, a 3 months process where over 430 applicants – from Lebanon, the Arab region as well as places as far away as Japan and the USA – went through various elimination rounds in the hopes of being selected.

“Lunging into a startup is all about self-discipline, self-motivation, and self-validation.”

The SqP2012 is a one-of-a-kind entrepreneurship program, which focuses on helping create new web or mobile startups through extensive entrepreneur outreach, as well as with processes that help applicants find business partners and build complete teams before getting started on their business idea.

The chosen startups that emerge from the extensive Selection Phase then spend 6 months residing at Seeqnce Space, benefiting from intensive training and mentorship, as they focus fully on building solid products and attracting a user base.

During the Grand Finale, the startups will each get on stage and pitch their projects to an audience of investors, technologists and the general entrepreneurship ecosystem. Attendees will also be able to interact with the teams by meeting them at their dedicated booths.

“The teams are spending the entire week prior to the Grand Finale running two shifts: A day shift where they fine-tune their pitches with Seeqnce directors and a night shift where they work alongside the Seeqnce Team in setting up the Seeqnce rooftop space. There’s an incredible spirit, a feeling that everyone is working together towards something truly unique”