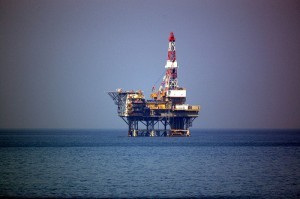 Prime Minister Najib Miqati said the Cypriot president has told him that Cyprus would begin implementing a 2007 agreement on the maritime border as soon as Lebanon's parliament approves it.

In remarks to As Safir daily published Saturday, Miqati said: “There is a positive Cypriot response with regards to the maritime border.”

“The Cypriot point of view is that Cyprus has signed an agreement with Lebanon and asked for its ratification but we haven't done that so far,” he said.

“We will seek to send this agreement to parliament for ratification as soon as possible,” Miqati told As Safir.

“The Cypriot president informed me that he is ready for the immediate implementation of the agreement with Lebanon as soon as it is ratified,” he said.

Lebanon is currently in dispute with Israel over a maritime area that consists of about 854 square kilometers and is believed to be rich in oil and gas.

In December 2010, Cyprus signed a memorandum of cooperation with Israel for surveying and mapping the area, a project Lebanon says violates its sovereignty.

Energy Minister Jebran Bassil said Monday that Lebanon is technically ready to start drilling for offshore natural gas reserves after exploration in around half the country's exclusive economic zone was completed.

There are offshore gas reserves all along the coast, not only in the south, he said, noting drilling could start anywhere once demarcation issues with Cyprus are solved.

In August 2011, parliament passed a law setting the country's maritime boundary and EEZ.

The country has submitted to the United Nations a maritime map that conflicts significantly with one proposed by Israel.

If the government can't ratify a bi-lateral agreement after 5 years, then they have a problem.
Surely after all the ground work that was undertaken to prepare this agreement it shouldn't take a "responsible" government more than 10 minutes to ratify it.

knowing how effecient the Lebanese government is the poor Cypriots could wait for another 200 years !