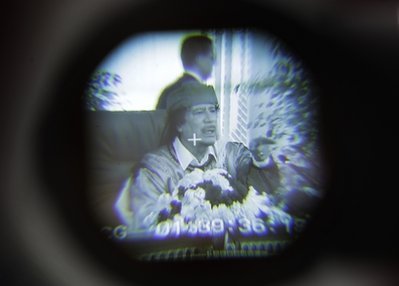 Italy's Foreign Minister Franco Frattini said Monday the days of Moammer Gadhafi's regime were "numbered" and that some Libyan members of government were looking for a way for their leader to go into exile.

"The Libyan regime's days are numbered," Frattini said in a Channel 5 television interview.

"Messages have been arriving from the regime's restricted circle," he said.

"Certain (members) have spoken under cover and are beginning to say that Gadhafi is looking for an honorable way out," he added.

Frattini said he believed those close to the Libyan leader were looking for a "suitable place" for Gadhafi to "slip away and disappear from the political scene for ever."

"We are working with the U.N. to find a political way out so that Gadhafi and his family leave the scene," he added.

On Friday, the foreign minister -- a member of Prime Minister Silvio Berlusconi's ruling People of Freedom (PDL) party -- had said international pressure was causing the regime to disintegrate from the inside.

The PDL relies heavily on the support of its minor coalition party, the Northern League, which has vocally opposed the country's role in Libya and is pressing for the government to impose a deadline on Italy's involvement.

On Monday, Frattini said the aim was to "to set up a national reconciliation government immediately, bringing together the leaders in Tripoli which have already been chosen."

"There will no longer be the Benghazi administration but a government for the whole of Libya," he added.

Since the conflict began, thousands of refugees and migrants from North Africa have fled in rickety fishing boats to Italy's southern shores sparking consternation over a possible mass exodus to Europe.

Frattini said the head of the National Transitional Council had told Italy's President Giorgio Napolitano that once in power the rebels would block all departures from Libya's shores for Italy.

They have "every reason to show the international community that they collaborate better than Gadhafi," he said.