Sochi Olympic Sites to be Checked for Quake Damage 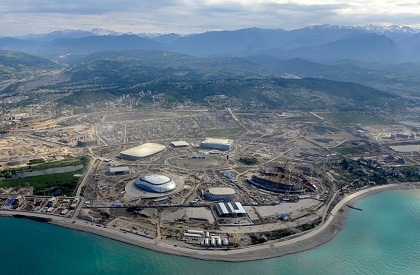 Russian President Vladimir Putin has ordered officials to inspect Olympic sites at the 2014 Winter Games' capital, Sochi, which was hit by an earthquake.

The epicenter was in the Black Sea, more than 150 kilometers (93 miles) from Sochi, and no damage in the city was reported.

Putin, however, on Wednesday asked the local authorities to double-check Olympic sites for damage, the Interfax news agency reported.

The Black Sea resort of Sochi is slightly more than a year away from hosting the Winter Games. It hosted Russia's national figure skating championships at one of the Olympic sites earlier this week.