London to Host 'Shubbak': A Window on Contemporary Arab Culture 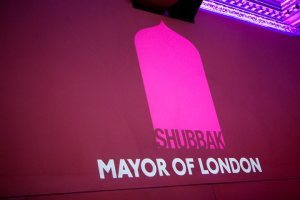 London is set to host the city's first ever celebration of contemporary culture from across the Arab world, according to a statement released by the British Embassy on Monday.

The festival has been in the planning stages since Autumn 2010 but will have a special resonance in light of the extraordinary changes that have swept the region in past month. For the Foreign and Commonwealth Office the festival is an opportunity to celebrate Arab youth empowerment and freedom of expression through the arts.

Shubbak: A Window on Contemporary Arab Culture, will encompass over seventy events in more than thirty key cultural venues throughout the city for three weeks from 4 – 24 July 2011, organized by the Mayor of London and sponsored by HSBC.

Shubbak (the Arabic word for 'window') will feature a wide-ranging program of visual arts, film, music, theatre, dance, literature, architecture, lectures and discussion, many of them free, hosted by leading London cultural organizations.

And we're off...! So many excellent events and exhibits over the next few weeks; I'm very glad this festival has been organised. As I pondered on my blog about <a href="http://www.worldaccent.com/blog/2011/07/shubbak-art-arabic-london.html">London and translation</a>, my office is planning for a lunch time trip to the wonderful looking Khatt – a display of Noureddine Daifallah's calligraphic art. I'm looking forward to seeing feedback here and elsewhere on other people's experiences.