Joy as Hospital Offers Help to Baby with Swollen Head 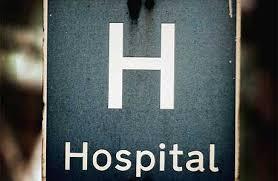 The parents of an 18-month girl in India whose head has swollen to more than double its normal size reacted with joy on Monday after a top private hospital offered to fly her to New Delhi for tests.

Roona Begum, who suffers from hydrocephalus, a rare but treatable disorder that causes fluid to build up on the brain, was discovered last week living with her parents who are too poor to pay for treatment.

Her condition has resulted in her head swelling to a circumference of 91-centimetres (36-inches), putting pressure on her brain and making it impossible for her to sit upright or crawl on the ground.

The publication of pictures taken by an Agence France Presse photographer in remote Tripura state in northeast India last Friday led numerous well-wishers to step forward offering donations, while a website has been set up to collect money for her.

Leading Indian neurosurgeon Sandeep Vaishya, who is the head of neurosurgery at a hospital for the private Fortis Healthcare group near the capital, pledged to examine the girl and see if surgery was possible.

"Fortis will fly her down and while we will have to do an MRI to check the condition of her brain, I am hopeful that we will be able to carry out a surgery and relieve the pressure on the poor child's brain," Vaishya told AFP.

The group, which operates 76 hospitals in 11 countries, has a charitable foundation that carries out surgery free of charge.

Roona's 18-year-old father, Abdul Rahman, who lives in a mud hut with his family in the village of Jirania Khola, told AFP he was "very thankful for everyone's generosity".

He added: "We have no money and I don't know how we can ever repay them for what they are doing."

Her elated 25-year-old mother Fatema Khatun said: "I am so grateful. I have no words to express my happiness."

Local doctors had told the family to take the newborn to a private hospital in a big Indian city but the costs were too high for Rahman, an illiterate labourer who earns 150 rupees ($2.75) a day working in a brick plant.

The website www.mygoodact.com based in Norway has begun collecting donations for Roona and says it has raised $8,800 in three days.

Jonas Borchgrevink, the 22-year-old website founder who is managing the campaign along with fellow student Nathalie Krantz in Norway's capital Oslo, told AFP they launched the appeal after seeing Roona's photographs online.

"Nathalie saw many online comments from people wanting to help the child and so she decided to start this fundraiser," Borchgrevink said.

"We plan to run the campaign for a total of 30 days and we hope to use the money to help the family and provide aftercare treatment to the child for years to come," he said.

They have already established contact with staff at a local media website in Tripura who will help them send the funds to the family, he added.

The U.S. government's National Institute of Neurological Disorders and Stroke estimates about one in every 500 children suffers from hydrocephalus.

The most common treatment involves the surgical insertion of a mechanism to drain cerebrospinal fluid away from the brain and towards another part of the body where it can be easily absorbed into the bloodstream.

Extreme cases like Roona's are very rare, according to Vaishya, who said he had been deluged with calls about the child after he spoke to AFP on Saturday.

"The child must be in a lot of pain because her head is so heavy. Still, in the images I could see that she was smiling sometimes, which makes me think that her cognitive functions might still be intact," Vaishya said.

Surgery to treat hydrocephalus is not particularly risky, Vaishya said.

The website for donations can be viewed at www.mygoodact.com/collectiondetailperson.php?id=212

wonderful there are good people in this world