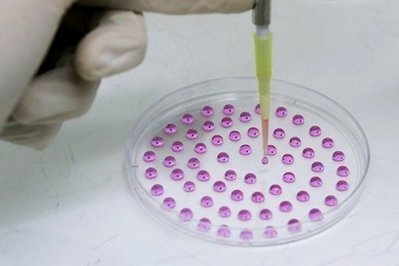 Stem cell researchers have found a way to turn a person's skin into blood, a process that could be used to treat cancer and other ailments, according to a Canadian study published Sunday.

The method uses cells from a patch of a person's skin and transforms it into blood that is a genetic match, without using human embryonic stem cells, said the study in the journal Nature.

"What we believe we can do in the future is generate blood in a much more efficient manner," said study author Mick Bhatia of the McMaster's Stem Cell and Cancer Research Institute in the Michael G. DeGroote School of Medicine.

With the ability to create blood for transfusion from a person's own skin, the advance means someday patients needing blood for surgery or to treat anemia could bypass the blood bank and derive the necessary supply from themselves.

The breakthrough could also see future uses such as allowing patients undergoing chemotherapy to endure a longer regime of treatment without the breaks currently needed to rejuvenate the body.

Researchers have been able to perform the skin-to-blood transformation in the past, but while using human pluripotent stem cells, widely known as embryonic stem cells.

Stem cells that are derived from human embryos hold significant promise for medical breakthroughs but also carry risks, such as the potential to create tumors.

But researchers say their new method can create enough blood for a transfusion from a four by three centimeter (1.6 by 1.2 inch) patch of adult human skin, and can avoid those potential hurdles.

"So we don't need to take skin cells and put it into a pluripotent stem cell. That is inefficient in terms of time," Bhatia told AFP.

"There are also concerns that they might form a tumor, and the fact that we bypass that makes it more feasible for transplants."

Those needing bone marrow transplants could be particularly aided by the breakthrough, according to John Kelton, dean of health sciences for McMaster University.

"For all physicians, but especially for the patients and their families, the illness became more frustrating when we were prevented from giving a bone marrow transplant because we could not find a perfect donor match in the family or the community," Kelton said.

"Dr. Bhatia's discovery could permit us to help this important group of patients."

Clinical trials could start as soon as 2012, the study said.(AFP)