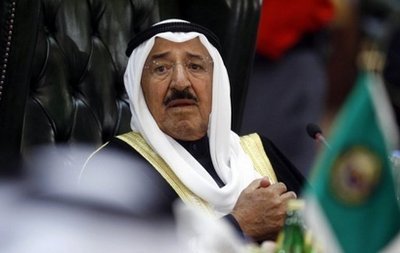 The appointment of the new 16-member line-up came after the Gulf state's second parliamentary polls in eight months were again boycotted by the opposition.

The outgoing finance minister Mustafa al-Shamali was named oil minister, a post he had held on a caretaker basis over the past few months following the resignation of Hani Hussein.

As well as Prime Minister Sheikh Jaber Mubarak Al-Sabah, six other members of the Al-Sabah family were appointed to the cabinet, one more than in the previous government.

They control the key ministries of defense, interior and foreign affairs, as well as finance, information and health.

New interior and defense ministers were appointed from within the ruling family.

Sheikh Ahmad Humoud Al-Sabah was replaced at interior by Sheikh Mohammad Khaled Al-Sabah, who had previously held the post.

The July 27 vote was boycotted by the Islamist, nationalist and liberal opposition but saw turnout of 52.5 percent, sharply up on the record low of 40 percent in the previous election in December.

The new cabinet is Kuwait's 12th since 2006. The emirate has been hit by a series of political crises that have forced 11 cabinets to resign and parliament to be dissolved on six occasions.

Disputes between successive governments and parliament have stalled development in the wealthy Gulf state which has surpluses of around $400 billion thanks to high oil prices over the past 12 years.

Kuwait, which says it sits on 10 percent of global oil reserves, pumps around three million barrels of crude per day. It has a citizen population of 1.23 million and 2.67 million expatriate residents.