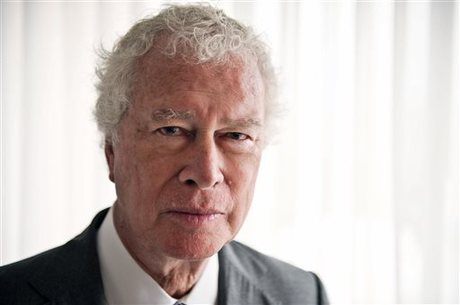 A former Canadian prime minister says the real story of how a former Canadian ambassador protected Americans during the 1979 Iran hostage crisis is a "better story" than Ben Affleck's Oscar-winning picture "Argo."

Joe Clark, Canada's prime minister in 1979, made the remarks at a screening Thursday of the documentary "Our Man in Tehran" at the Toronto International Film Festival.

"Argo" came under criticism from some Canadians, including former ambassador Ken Taylor, who said he felt slighted by "Argo" because it makes Canada look like a meek observer to CIA heroics.

"I think the truth is the better story," Clark said to applause.

Taylor kept the Americans hidden at his residence and at the home of his deputy, John Sheardown, in Tehran for three months and facilitated their escape by arranging plane tickets and persuading the Ottawa government to issue fake passports. He also agreed to go along with the CIA's film production cover story to get the Americans out of Iran.

Taylor became a hero in Canada and in the United States, where crowds celebrated with banners that proclaimed, "Thank you, Canada."

One year after "Argo" premiered at the festival, Taylor has debuted his own account of the high-risk caper. He said the documentary offers "a very true" look at Canada's role in rescuing six U.S. citizens during the crisis.

"Argo" made no mention of Sheardown, the First Secretary at the embassy. It was Sheardown who took the first call from the American diplomats who had evaded capture when Iranian militants seized the U.S. Embassy in November 1979 and agreed right away to take the Americans in.

"Argo" screenwriter Chris Terrio, who the best adapted screenplay prize at the Oscars, mentioned Taylor and Sheardown in his speech after saluting Mendez at the awards in February. Affleck also briefly thanked Canada in his speech last February.

Friends of Taylor were outraged when "Argo" debuted at the Toronto International Film Festival last year. The original postscript of the movie said that Taylor received 112 citations and awards for his work in freeing the hostages and suggested Taylor didn't deserve them because the movie ends with the CIA deciding to let Canada have the credit for helping the Americans escape.

Taylor has called the postscript lines "disgraceful and insulting" and said it would have caused outrage in Canada if the lines were not changed. Affleck flew Taylor to Los Angeles after the Toronto debut and allowed him to insert a postscript that gave Canada some credit.

Affleck said before the Oscars this year that he admired Taylor very much but said he was surprised Taylor still had an issue with the film. Affleck also said then that he agreed to narrate the documentary "Our Man in Tehran," but Affleck is not in the documentary.

The 85-minute film comes from Toronto-based filmmakers Larry Weinstein and Drew Taylor, who include interviews with Taylor, Clark, former CIA agent Tony Mendez and former CIA agent and hostage William Daugherty. The film traces the political landscape that caused an angry mob to descend on the U.S. Embassy in the Iranian capital and take 52 Americans hostage.

While Affleck's Oscar-winning thriller focused on the exploits of Mendez, "Our Man in Tehran" offers a much broader look, including Canada's role, Taylor said Thursday before walking the red carpet.

Former U.S. President Jimmy Carter has said "90 percent of the contributions to the ideas and the consummation of the plan was Canadian," but "Argo" ''gives almost full credit to the American CIA."