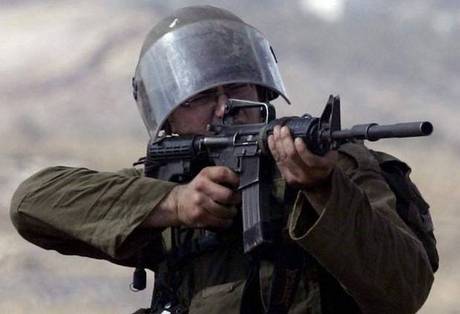 A Palestinian man was shot dead Thursday by Israeli forces after attacking Israelis with fireworks at a junction south of the West Bank city of Nablus, Israeli police said.

"Security personnel at the scene fired a number of shots at the suspect. He was pronounced dead at the scene," he said.

A statement from the Israeli army said that "a Palestinian opened fire at a civilian bus stop at Tapuah Junction near Ariel, using an improvised weapon."

"In order to prevent casualties, IDF (Israel Defense Forces) soldiers in the area opened fire towards the terrorist. A hit was identified," read the statement.

A police statement said sappers were checking the body to see if there were explosives on it.

Palestinian security officials said Israel had notified them of the incident, but had no details on the man's identity.