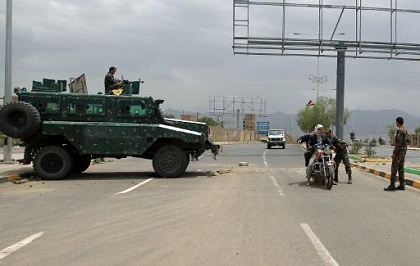 The strikes targeted suspected militants in the town of Al-Mahfad, in the southern province of Abyan, the ministry said on its website.

Yemeni jets have conducted several raids in the valleys near Al-Mahfad during the past three days, witnesses told AFP.

In the past, drone strikes have also targeted Qaida-linked groups in the south of the country.

Drones in Yemen have killed dozens of militants from Al-Qaida in the Arabian Peninsula. They are thought to be operated by the United States, the only country in the region to have drones.

Some strikes have also killed civilians in these areas.

Yemen is the ancestral home of deceased Al-Qaida founder Osama Bin Laden and home of AQAP, which Washington classifies as the deadliest franchise of the global jihadist network.