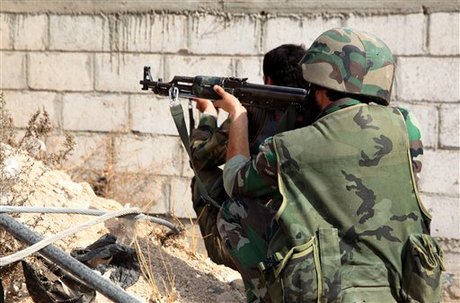 "Three people were killed and 22 wounded in terrorist attacks with mortar rounds and the explosion of two bombs," SANA said, citing police officials.

The attacks took place on Mardam Bek Street and in the Kalassa district, near the outskirts of the historic mosque and the bustling Hamidiyeh market.

Rebels in neighborhoods on the outskirts of Damascus have regularly fired rockets and mortar rounds into the center of the city.

In recent weeks, the attacks have caused increasing numbers of casualties, with four children and a man killed on Monday when a shell hit a school bus in the Bab Sharqi neighborhood.