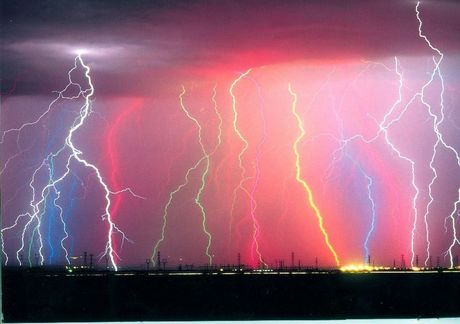 It turns out there is a Guinness record for the place with the most lightning, and an area of Venezuela with 20,000 flashes of it per hour has won.

The certification was handed over Tuesday by Guinness Book of World Records representative Johanna Hessling.

The natural phenomenon in the western state of Zulia is called the Catatumbo Lightning, which generates myriad electrical storms from April to November at the mouth of the River Catatumbo, at the southern end of Lake Maracaibo.

The numbers of lightning bolts are indeed staggering: an estimated 18 to 60 per minute, more than 20,000 per hour and 1.2 million a year, with each flash packing enough juice to light up 100 million light bulbs, according to the Agencia Venezolana de Noticias.

The phenomenon was proposed to Guinness last year by a Venezuelan environmentalist named Erick Quiroga, who has been monitoring the lightning for 17 years.