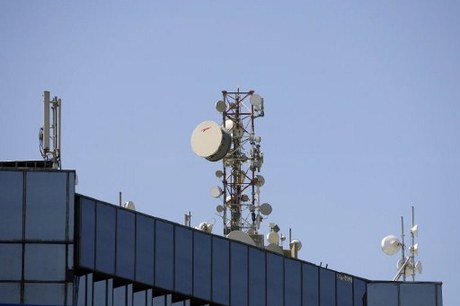 The controversial debate over the telecom data renewed between the political arch-foes despite the cabinet's decision to grant security agencies access to it.

As Safir newspaper reported on Friday that the March 8 ministers – Hizbullah, Amal and the Free Patriotic Movement,- voiced objection during Thursday's session to grant the security agencies with the full access to the telecom data, arguing that it violates the privacy of people.

A minister affiliated in the March 8, who spoke on condition of anonymity, told the daily that a principle stance was taken to reject granting all the telecom data.

The March 8 coalition considers that the decision violates law 140 pertaining to wiretapping, which was issued in 1999.

An Nahar newspaper reported that ministers during the first cabinet session after the government gained the parliament's vote of confidence, called for granting the security agencies the telecom data for a period of six months.

Hizbullah, Amal and the Free Patriotic Movement,- voiced objection during Thursday's session to grant the security agencies with the full access to the telecom data, arguing that it violates the privacy of people.

So it's between the government security forces giving data to the USA and then they pass it onto Israel, and The Axis (Hezbollah, Syria, Iran, Russia) getting the data instead and using it to their advantage. Both are bad.

privacy? Human rights? HA and Amal are sooo sensitive about human rights, they are sooo democratic in their raison-d'etre.... i am touched.

HA and their cronies.. not allies... Ali Baba nasrallah is teh decision maker... those so called "allies" are like sheep... and cattle...

oh... look at these hypocrit M8ers trying to make believe the lebanese they are concerned about citizens privacy while allowing hezbis to run a private telecom system controlled by no one! they allow ILLEGAL telecom but never complain as good hypocrits they are.... this is just a screen of smoke to stroke their sheep to make them forget about the real issues.... LOL