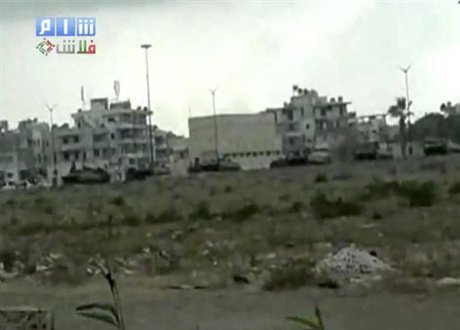 Jordan urged Syria on Monday to "immediately" stop violence and start implementing reforms, as more than 2,000 people have been reported killed in a government crackdown on the pro-democracy revolt.

Petra quoted the premier as saying that "world anger and rejection of the bloodshed in Syria are growing."

"Military operations must stop to preserve Syria's unity and reforms should start to create a better future for the Syrian people," Bakhit said.

"We in Jordan are waiting for urgent, effective and tangible measures to be taken soon," he said without elaborating.

The violence has killed around 2,200 people, including some 400 members of the security forces, according to rights activists. Syrian authorities have blamed the bloodshed on armed gangs and Islamist militants.

A Jordanian died of his wounds on Sunday after he was hit by sniper fire in the Syrian city of Homs, a hotbed of that county's anti-regime revolt, becoming the first officially reported Jordanian fatality in the unrest.