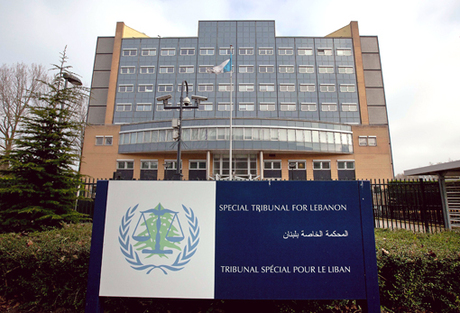 New TV S.A.L. and Karma Tahsin al-Khayat will testify before the international court on charges of “contempt and obstruction of justice,” the Kuwaiti al-Rai daily reported Monday, as al-Akhbar editor-in-chief Ibrahim al-Amin announced that he will not appear before the court.

Al-Amin said he won't go to The Hague because the STL did not respond to his request to postpone the hearing.

Al-Jadeed TV Director General Dmitry Khodr, director of news and political programs manager Mariam al-Bassam, and her deputy al-Khayat will attend on Tuesday morning the hearing in The Hague, As Safir newspaper announced.

According to the daily, al-Jadeed team is ready to face the STL after appointing British lawyer Karim Khan to defend it.

However, the newspaper said al-Amin and al-Akhbar will not attend the court session in The Hague.

Hassan Oleik, the head of the political section in al-Akhbar newspaper, said that al-Akhbar “wants security guarantees and clarifications from the court concerning their rights.”

“We need time to study the legal suit.”

He added that “al-Amin has the right in theory not to attend the trial.”

As Safir said that al-Akhbar hasn't appointed a lawyer yet to defend it.

Al-Khayat announced over the weekend that she chose “to confront the Special Tribunal for Lebanon in its home and according to its own laws.”

“We are keen that we will emerge victorious in the end.”

During an interview with LBCI TV on Monday evening from The Hague, Khayat said: "We're here in The Hague because there is no state in Lebanon that can defend its citizens."

"It got accustomed to Syrian tutelage in the past and today to Chapter 7 (of the U.N. charter)," she added.

The two journalists and two media organizations were charged with contempt before the tribunal for knowingly and willfully interfering with the administration of justice.

Akhbar Beirut S.A.L. and al-Amin, the newspaper's editor-in-chief, are also charged with “knowingly and willfully interfering with the administration of justice by publishing information on purported confidential witnesses in the Ayyash et al. Case.”

In April last year, a list of 167 names of so-called witnesses for the former Premier Rafik Hariri trial was published by a previously unknown group identified as "Journalists for the Truth".

“We are keen that we will emerge victorious in the end.”... another Glorious Victory, brought to you by the Propaganda branch of Iran's southern line. Now remember the Mantra kids, it is Better to be permanently occupied by the Axis of Resistance then it is to be eaten by the Zionist Cannibals.