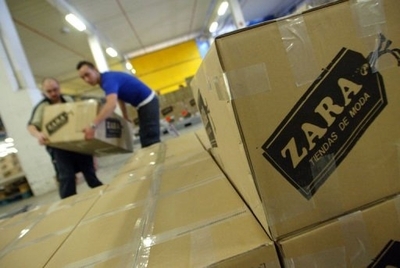 The probe that began in May focuses on unsanitary conditions and long working hours endured by workers -- some of them undocumented Bolivians -- in factories in the city of Americana, an industrial town outside Sao Paulo.

According to authorities, the Zara brand -- owned by the world's biggest fashion retailer, Spain's Inditex -- subcontracted its work to the Brazilian supplier Rhodes, which in turn further contracted work out to other firms employing the undocumented workers in "precarious conditions."

Raids on factories in the city have found people working in stifling, confined spaces for 14 hours a day, in "degrading" circumstances, with sleeping quarters above the factory floor, the spokesman said on condition of anonymity.

Two other factories with similar conditions have been found in Sao Paulo, the spokesman said.

Inditex on Wednesday acknowledged the issues raised by the probe, in a statement carried by the Brazilian press, and ordered its subcontractors to "immediately regularize" the conditions for all its workers.

Brazil's labor ministry said it had already slapped Zara with 52 fines and was considering prosecution on charges of "contracting slave labor," and whether to include the firm on a blacklist of companies that exploit workers.

The popular Zara brand is available in 78 countries, with 5,154 stores worldwide, according to company figures.