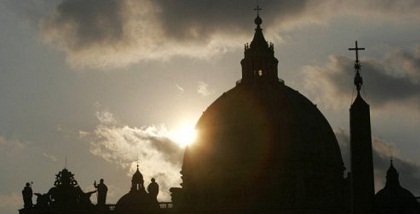 A U.N. watchdog body Friday urged the Vatican to live up to Pope Francis' pledge to stamp out child sex abuse by priests, calling on the Church to ensure violators face justice.

In a report three weeks after it grilled top Vatican representatives at a public hearing, the U.N. Committee Against Torture said the Roman Catholic Church had made strides, but spotlighted continued failings.

In a statement, the Vatican said it had "taken note" of the findings and would give them "serious consideration".

The committee, which monitors not only torture but also other cruel, inhuman and degrading treatment and punishment, urged the Church to take "effective measures" to monitor the behavior of clergy and lay personnel.

It said all Holy See officials must "stop and sanction such conduct in any case where they become aware of credible allegations of violations".

Individuals facing abuse allegations must be "immediately suspended from their duties pending the investigation of the complaint, to guard against the possibility of subsequent abuse or intimidation of victims," it insisted.

The Church has been shaken by a decade-long cascade of scandals over abuse by priests and lay officials, from Ireland to the United States and Australia.

Benedict XVI, pontiff from 2005 to 2013, was the first pope to apologize to victims and call for zero tolerance.

His successor Pope Francis has stepped up efforts, revising Church laws and creating a Pontifical Commission for the Protection of Minors, involving victims, to develop tougher ways to protect minors and increase accountability.

The U.N. committee said the current pontiff's anti-abuse drive was a welcome move, but there were still too many grey areas.

"To date there has been no information provided to the Committee as to the Pontifical Commission's term, investigative powers, and ability to report publicly," it said.

It also called for efforts to prevent the transfer to other parishes, whether at home or abroad, of clergy accused of abuse, saying that shifting priests raised the risk that they would duck investigation and punishment.

Any individual found guilty should be dismissed from the priesthood, and anyone in the Church hierarchy who failed to react properly to abuse claims should face "meaningful sanctions", it said.

In addition, it urged the Church to ensure that national justice authorities were informed about abuse claims as a matter of course, and to cooperate fully with civil investigators.

The Vatican statement noted that the committee accused it of "failing to mandate that abuse accusations be reported to police, moving clergy to evade discipline and failing to see that victims obtain adequate compensation."

"The Holy See takes note and will give serious consideration to these recommendations," it said.

The committee said that victims must also receive redress.

It welcomed financial settlements by individual dioceses, but demanded a wide-ranging "fair, adequate and enforceable right to compensation" regardless of whether perpetrators had been brought to justice.

The hearing on May 5-6 marked the first time that the Vatican had come before the committee since it signed up in 2002 to a U.N. convention banning torture and degrading treatment.

In its statement, the Vatican said the committee had not found that it violated the convention.

The committee, however, said it regretted an "absence of comprehensive and disaggregated data on complaints and investigations of cases amounting to violations".

During the hearing, Vatican officials revealed that 3,420 abuse cases had been handled over the past decade the Congregation of the Doctrine of the Faith, the Church prosecuting arm, mostly over offenses from the 1950s to 1980s.

Of those, 848 priests were defrocked -- expelled from the priesthood. A further 2,572 were ordered to "live a life of prayer or penance", for example in a monastery.