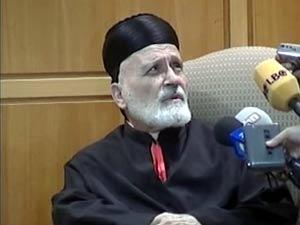 “Lebanon is a small country dogged by crises … This small country is influenced by its neighbors that’s why its citizens are always worried,” Sfeir told a delegatiion from the Antonine University in Baabda.

“Such worries generate a lot of problems,” he said.