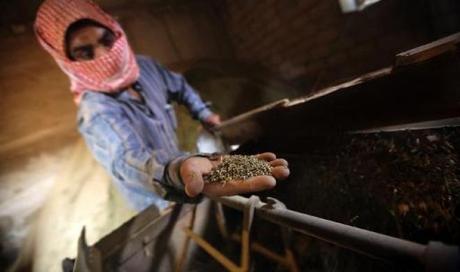 The army raided on Wednesday night an abandoned farm in the area of Kfardan in Baalbek after receiving information that it contains a large quantity of drugs.

According to a communique issued by the Lebanese army on Thursday, a unit seized around 750 kilograms of Cannabis from the abandoned farm.

The statement pointed out that the farm is owned by a Lebanese and is occupied by a Syrian worker.

The army kicked off investigations under the supervision of the competent judicial authority.

Who else but the terror party and its members who engage in illicit and illegal activities throughout the world.

I await the day when I will read ONE meaningful post, ONE counter argument, ONE credible or mature info from you, flamethrower.-- , but alas!