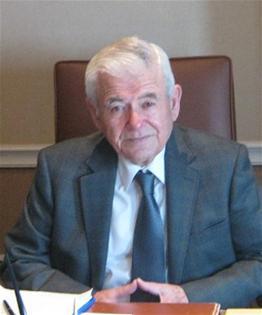 The head of Dar al-Fatwa's Islamic Endowments, Sheikh Hisham Khalifeh, called on Thursday for electing a new Grand Mufti in August, but this announcement was met with the opposition of the Higher Islamic Council, that demanded that the elections be held as soon as possible.

Khalifeh said that the elections would be held on August 31 at Dar al-Fatwa's headquarters in Aisha Bakkar.

He added in a statement that if the Electoral Islamic Council will hold a session on Sunday, August 31 to elect a new Grand Mufti, but if it failed, another session will be held at the same day, and whoever garners the majority wins.

“At the first round if there was lack of quorum the session would be postponed until 11 am of the same day and the council requires the presence of half of its members to elect a new Mufti,” the statement said.

However, if the council failed to elect a new Mufti a second round will be held on Sunday, September 7.

“The elections require the presence of half of the members but if there was lack of quorum the session would be postponed until 11 am and the elections would go on with the present members,” the statement said.

The meeting demanded that Prime Minister Tammam Salam call for the election of a new Grand Mufti as soon as possible “to avert strife and according to the regulations.”

Salam is the head of the Electoral Islamic Council.

The Higher Islamic Council condemned the approach adopted by Grand Mufti Sheikh Mohammed Rashid Qabbani and “the group gathered around him,” which contradicts with the “historic, civilized, and national role of Dar al-Fatwa.”

“This approach is a deliberate act of rebellion against the state and its institutions,” it stressed.

It urged for diligence to expose “the conspiracies being devised against Muslims by mercenary groups seeking to create division among the Muslim ranks in order to achieve personal and political goals.”

On Wednesday, Qabbani and a number of scholars and imams re-expanded the electorate responsible for the election of the Higher Islamic Council's head.

The Mufti's endeavor prompted Salam to call for an urgent meeting at the Grand Serail to “discuss the steps taken by the so-called Higher Islamic Council.”

“Do not allow anyone to usurp Dar al-Fatwa's decision … I appreciated him (ex-PM Fouad Saniora) in the past and I cooperated with them loyally and faithfully, but they do not have loyalty and they do not have honesty … They want to subjugate all people and they don't care about religion,” Qabbani added.

The Higher Islamic Council -- which elects the Mufti and organizes Dar al-Fatwa's affairs -- has been at the center of controversy since 21 of its members, who are close to al-Mustaqbal movement, extended its term until 2015 despite Qabbani's objection. They said the extension is aimed at “continuing investigations into financial violations and modernization efforts.”

The Mufti later held elections for the Council, which were deemed illegal by ex-PMs Saniora and Najib Miqati and the group led by Qabbani's deputy Misqawi, who argued that the polls violated Shura Council decisions and did not enjoy a legal quorum.

On November 2, 2013, the Misqawi-led council extended its own term to June 2015, calling on the mufti to resign.

“Had they accepted to elect a new higher council through consensus with everyone, there would not have been a problem at all … They have been impeding the Higher Islamic Council elections since 2009, and by they I mean al-Mustaqbal movement and the chief of al-Mustaqbal movement who is Fouad Saniora,” Qabbani said on Wednesday.

But the conferees at the Grand Serail were quick to hit back, saying “these suspicious moves -- which were made by someone who does not enjoy any legal status or jurisdiction in line with the Shura Council's judicial rulings – contradict with Dar al-Fatwa's historic and national heritage.”

They said the move to expand the Higher Islamic Council's electorate “reflects insistence on rebelling against the principle of the state and its institutions and on the violation of the law.”

Or is it Flamethrower going schizophrenic on us after I took him down again and again?

I always new that the original Flamethrower is with us no more.

I have stopped reading his posts.

Too many changes to his name to be the true Flamethrower

Let your hizbola remove their agents, this will not pass as you wish for sure fart Thrower.

The first and last word is in the hand of the prime and the ex-prime ministers and all are against Qabani.